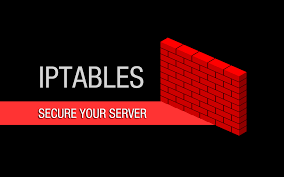 There are different ways of building your own anti-DDoS rules for iptables. This guide will describe comprehensive approach to protect server from DDoS attacks:

Here we’ll only cover protection from TCP-based attacks. Most UDP-based attacks are amplified reflection attacks that will exhaust the network interface card of any common server.

The only mitigation approach that makes sense against these types of attacks is to block them at the edge or core network or even at the carrier already. If they are able to reach your server, there isn’t much you can do against those multi-Gbit/s attacks except to move to a DDoS protected network.

netfilter iptables (soon to be replaced by nftables) is a user-space command line utility to configure kernel packet filtering rules developed by netfilter.

It’s the default firewall management utility on Linux systems – everyone working with Linux systems should be familiar with it or have at least heard of it.

iptables can be used to filter certain packets, block source or destination ports and IP addresses, forward packets via NAT and a lot of other things.

Why Your IPtables Anti-DDoS Rules Suck

To understand why your current iptables rules to prevent DDoS attacks suck, we first have to dig into how iptables works.

iptables is a command line tool used to set up and control the tables of IP packet filter rules. There are different tables for different purposes.

Filter: The filter table is the default and most commonly used table that rules go to if you don’t use the -t (–table) option.

NAT: This table is used for Network Address Translation (NAT). If a packet creates a new connection, the nat table gets checked for rules.

Mangle: The mangle table is used to modify or mark packets and their header information.

As you can see there are four different tables on an average Linux system that doesn’t have non-standard kernel modules loaded. Each of these tables supports a different set of iptables chains.

Depending on what kind of packets you want to block or modify, you select a certain iptables table and a chain that the selected table supports.

Of course, we’re still missing an explanation of iptables targets (ACCEPT, DROP, REJECT, etc.), but we’re assuming that if you’re reading this article, you already know how to deal with iptables.

We’re going to explain why your iptables rules suck to stop DDoS and not teach you how to use iptables. Let’s get back to that.

If you want to block a DDoS attack with iptables, performance of the iptables rules is extremely important. Most TCP-based DDoS attack types use a high packet rate, meaning the sheer number of packets per second is what causes the server to go down.

That’s why you want to make sure that you can process and block as many packets per second as possible.

You’ll find that most if not all guides on how to block DDoS attacks using iptables use the filter table and the INPUT chain for anti-DDoS rules.

The issue with this approach is that the INPUT chain is only processed after the PREROUTING and FORWARD chains and therefore only applies if the packet doesn’t match any of these two chains.

This causes a delay in the filtering of the packet which consumes resources. In conclusion, to make our rules as effective as possible, we need to move our anti-DDoS rules as far up the chains as possible.

The first chain that can apply to a packet is the PREROUTING chain, so ideally we’ll want to filter the bad packets in this chain already.

It supports most if not all rules that the filter table supports while also supporting all iptables chains.

So you want to know why your iptables DDoS protection rules suck? It’s because you use the filter table and the INPUT chain to block the bad packets!

The best solution to dramatically increase the performance of your iptables rules and therefore the amount of (TCP) DDoS attack traffic they can filter is to use the mangle table and the PREROUTING chain!

Another common mistake is that people don’t use optimized kernel settings to better mitigate the effects of DDoS attacks.

Note that this guide focuses on CentOS 7 as the operating system of choice. CentOS 7 includes a recent version of iptables and support of the new SYNPROXY target.

We won’t cover every single kernel setting that you need to adjust in order to better mitigate DDoS with iptables.

Instead, we provide a set of CentOS 7 kernel settings that we would use. Just put the below in your /etc/sysctl.conf file and apply the settings with sysctl -p.

These sysctl.conf settings help to maximize the performance of your server under DDoS as well as the effectiveness of the iptables rules that we’re going to provide in this guide.

Considering you now know that you need to use the mangle table and the PREROUTING chain as well as optimized kernel settings to mitigate the effects of DDoS attacks, we’ll now move on to a couple of example rules to mitigate most TCP DDoS attacks.

There are many different types of DDoS and it’s close to impossible to maintain signature-based rules against all of them.

But luckily there is something called connection tracking (nf_conntrack kernel module), which can help us to mitigate almost any TCP-based DDoS attack that doesn’t use SYN packets that seem legitimate.

This rule blocks all packets that are not a SYN packet and don’t belong to an established TCP connection.

Block New Packets That Are Not SYN

This blocks all packets that are new (don’t belong to an established connection) and don’t use the SYN flag. This rule is similar to the “Block Invalid Packets” one, but we found that it catches some packets that the other one doesn’t.

The above iptables rule blocks new packets (only SYN packets can be new packets as per the two previous rules) that use a TCP MSS value that is not common. This helps to block dumb SYN floods.

The above ruleset blocks packets that use bogus TCP flags, ie. TCP flags that legitimate packets wouldn’t use.

These rules assume that your loopback interface uses the 127.0.0.0/8 IP space.

With the kernel settings and rules mentioned above, you’ll be able to filter ACK and SYN-ACK attacks at line rate.

This drops all ICMP packets. ICMP is only used to ping a host to find out if it’s still alive. Because it’s usually not needed and only represents another vulnerability that attackers can exploit, we block all ICMP packets to mitigate Ping of Death (ping flood), ICMP flood and ICMP fragmentation flood.

This iptables rule helps against connection attacks. It rejects connections from hosts that have more than 80 established connections. If you face any issues you should raise the limit as this could cause troubles with legitimate clients that establish a large number of TCP connections.

Limits the new TCP connections that a client can establish per second. This can be useful against connection attacks, but not so much against SYN floods because the usually use an endless amount of different spoofed source IPs.

This rule blocks fragmented packets. Normally you don’t need those and blocking fragments will mitigate UDP fragmentation flood. But most of the time UDP fragmentation floods use a high amount of bandwidth that is likely to exhaust the capacity of your network card, which makes this rule optional and probably not the most useful one.

SYNPROXY is a new target of iptables that has been added in Linux kernel version 3.12 and iptables 1.4.21. CentOS 7 backported the feature and it’s available in its 3.10 default kernel.

If it does nothing, it discards the packet with minimal performance impact.

While the iptables rules that we provided above already block most TCP-based attacks, the attack type that can still slip through them if sophisticated enough is a SYN flood.

It’s important to note that the performance of the rules will always be better if we find a certain pattern or signature to block, such as packet length (-m length), TOS (-m tos), TTL (-m ttl) or strings and hex values (-m string and -m u32 for the more advanced users).

But in some rare cases that’s not possible or at least not easy to achieve. So, in these cases, you can make use of SYNPROXY.

Here are iptables SYNPROXY rules that help mitigate SYN floods that bypass our other rules:

To verify that SYNPROXY is working, you can do watch -n1 cat /proc/net/stat/synproxy. If the values change when you establish a new TCP connection to the port you use SYNPROXY on, it works.

If you don’t want to copy & paste each single rule we discussed in this article, you can use the below iptables ruleset for basic DDoS protection of your Linux server.

Here are some more iptables rules that are useful to increase the overall security of a Linux server:

This tutorial demonstrates some of the most powerful and effective methods to stop DDoS attacks using iptables.

Every single guide on the same topic that we had researched provided inefficient methods to stop DDoS traffic or only a very limited number of iptables rules.

If used correctly, iptables is an extremely powerful tool that’s able to block different types of DDoS attacks at line-rate of 1GigE NICs and close to line-rate of 10GigE NICs.

How to convert pfx certificate to Apache pem

How To Configure Firewall on CentOS 7