How To Install And Configure Mailman On Ubuntu 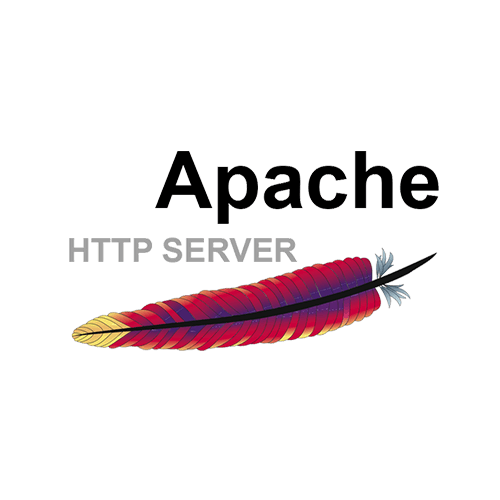 Starting from version 2.4 Apache offers 3 MPM (Multi-processing Module) we can choose from, depending on your needs.

To check the MPM used by your Apache installation, run:

To change mod_mpm_prefork to mod_mpm_event, you will need to edit:

and uncomment the line that loads the desired module like so:

Make sure to comment ...mod_mpm_prefork.so line so only one MPM module will be loaded at the time.

Note: To make the event MPM work in Debian, you may have to install the libapache2-mod-fastcgi package from the non-free repositories.

So, install the necessary packages.

In /etc/httpd/conf.d/php.conf (CentOS) add a handler for .php files and comment an existing one:

Now we must tell fcgi where to look for site php files. In case you have only one site on your server you can place the following lines somewhere in global section of httpd.conf or place it in /etc/httpd/conf.modules.d/10-php.conf like I did:

If you have multiple vhosts configured, you should place the lines above in every respective vhost section and define the proper path to site’s files. For example:

Now restart the web server and the newly installed php-fpm (or php5-fpm) service.
On RedHat/CentOS:

If you got an error:

Failed to start apache : Starting httpd: Syntax error on line 31 of /etc/httpd/conf.d/php.conf: Invalid command ‘php_value’, perhaps misspelled or defined by a module not included in the server configuration

open php.conf and edit it as follows:

Restart Apache and now check it with httpd -V command. you should get something similar to this: 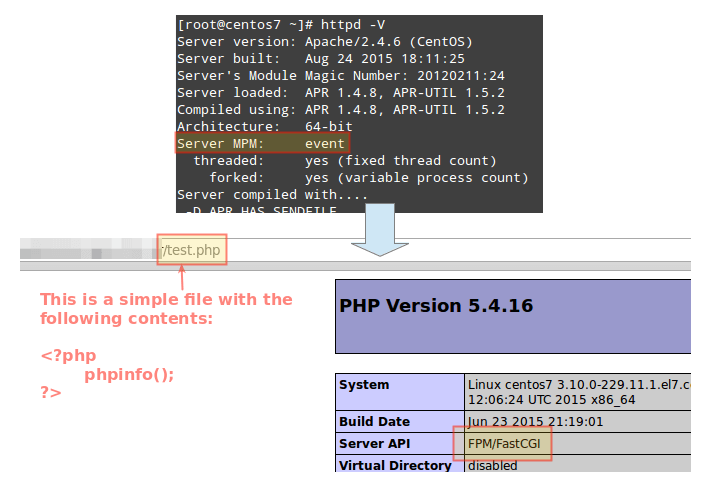 In CentOS 7, you will need to make sure that the http and https services are enabled through the firewall, and that the network interface(s) are properly added to the default zone.

How to Install PHP 7 in CentOS 7