How to create a loop in Asterisk

Asterisk developers have built check that prevents the module is loaded from another binary assembly, as this may cause a malfunction PBX Asterisk. check algorithm checks the value of a constant AST_BUILDOPT_SUM where hash sum at module’s compile time was recorded. Using this hash it’s possible to uniquely identify each binary assembly. It looks like 32 hexadecimal digits consecutive: c03a66cc29fb79f47c469d2b0a362e5e. There are two ways to bypass validation.
Method one:
You need to find a line like this in any of the modules in your IP-PBX Asterisk installation . It is usually near to the end of file. Very handy for things like this is to use a hex editor. For example, for Hex Workshop: Tools —> Find Strings… , specify the minimum length of 32 characters and get a set of rows. The hash sum we are interested in is located next to the information about the version of the compiler: 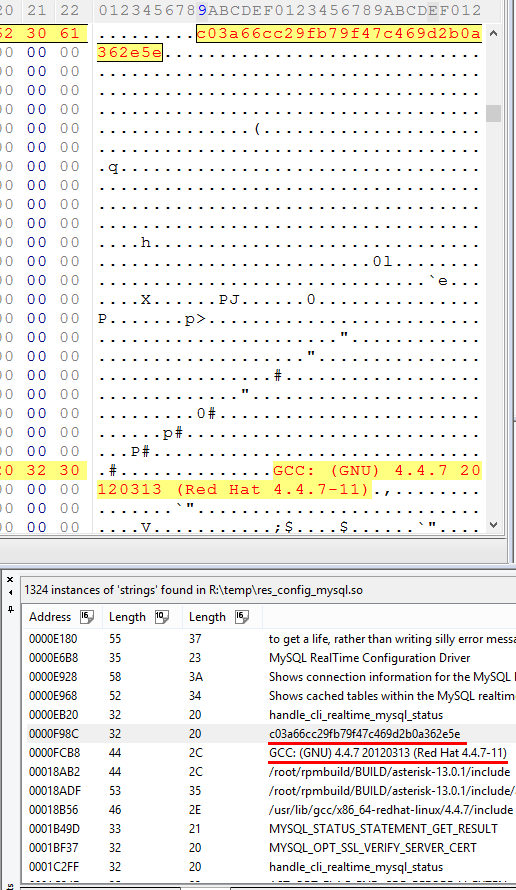 In the Linux environment we can extract the hash sum with the following command:

Copy and paste this line into the module you want to download, in place of hash sum. Save the file and copy it to Asterisk modules folder (usually  /usr/{lib,lib64}/asterisk/modules). In  Asterisk console run:

The module has been loaded.

Copy it to IP-PBX Asterisk modules folder and load:

Note that, it’s needed to edit file «include/asterisk/buildopts.h» every time after you run  “make menuselect“.

Asterisk installation on CentOS with YUM

How to create a loop in Asterisk